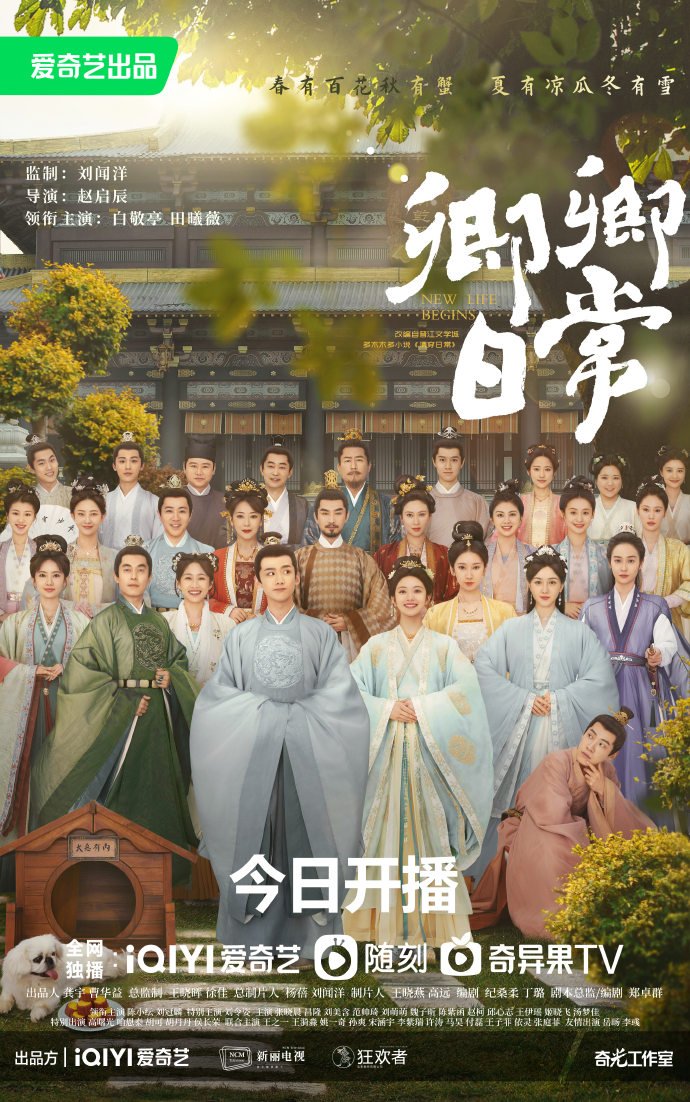 Sinopsis:
Because of a marriage selection, girls from all over the world gather in Xin Chuan. Yin Zheng, one of the six young masters of Xin Chuan, who keeps a low profile, and Li Wei, who just wants to work hard and not get selected, live comfortably in this hometown. They unexpectedly form a relationship, and together, start a new life where they encounter numerous situations and complement each other in overcoming them. As Yin Zheng sets up a government office and goes to court, the two gradually develop similar tastes as their hearts become in sync. They share three meals and four seasons together, and grow up with other brothers and sisters with different personalities and fates, living a warm, daily life as a Xin Chuan family together.